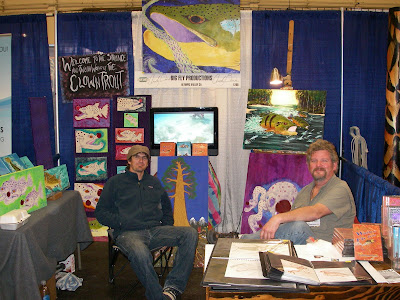 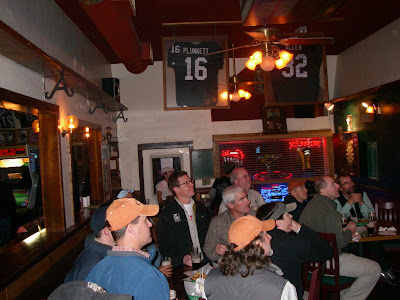 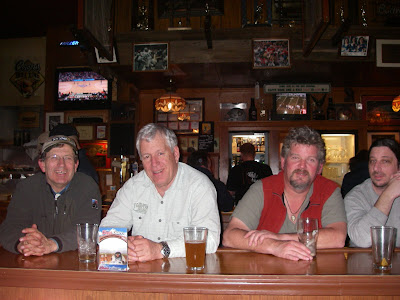 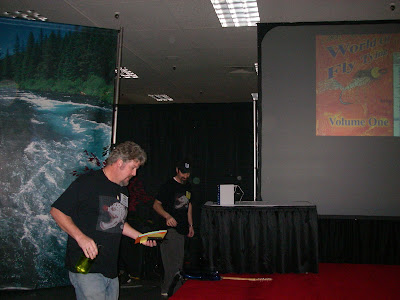 Big fly productions put on the best presentation around.  Adam played live music while Andy talked.  They played some funny skits shot on the truckee river and gave me a cameo spot for my Panama footage.  It was a cool show but some of the viewers didn't know what to think.  It was like nothing they had seen before at a fly show.  Most people thought they were going to get tips on how to fish the truckee river.  Big Fly rules.  Check out www.andyburk.com
Mikey
Posted by Burl Productions at 4:12 PM

havin a beer with Lawson and Jack, that's as good as fishin' with em! Fish EYE 4, I need another fishing video :) keep up the good work!