TG in the AC

Here's a couple photos from my brother and I's annual fishing session on our home waters. 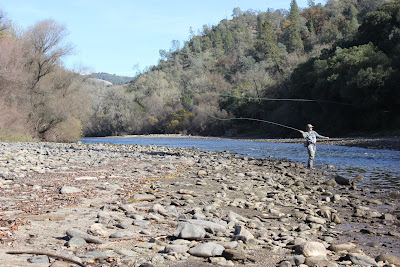 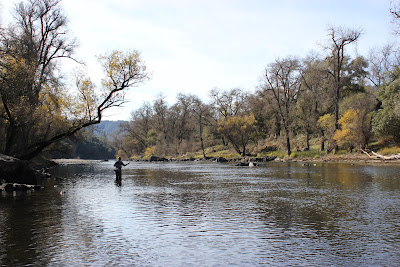 Only one fish landed on this outing. Not great numbers in this area but it's a beautiful stretch of river to fish so it keeps us coming back. It's more about getting out with my brother and walking some river anyway. 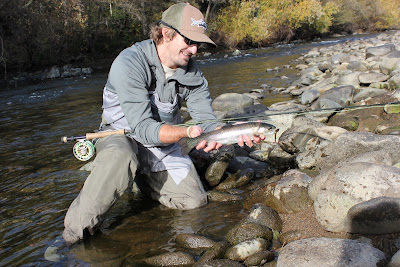 This little guy was a great take. He came up high in the water column for this streamer swung on a sink tip. I had a bite from him on the way up river then stopped at the same spot on the way down and managed to get him on the line. It was a treat to watch him come up in the clear water and tease him to the fly. 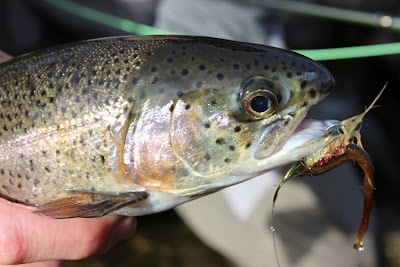 Big Thanks to Ross Slayton for the home tied fly. 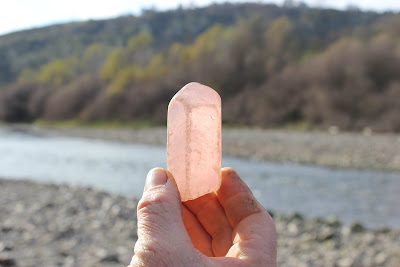 On the way back down river I herd a yelp from my brother. I was up fishing a pool still and thought he had picked up a fish down lower. When i looked down river he wasn't fishing though. He was knelt over on the gravel bar. It sounded like a yelp of excitement. We are both always eyes peeled for gold or crystals or other treasures washed up in the river when fishing this area. The Moke has allot of history and there's many Native American and early Settlers artifacts around as well as an abundance of mineral and interesting rocks. I ran down to see what Eugene had found. Upon arrival he produced this amazing perfect Rose Quartz crystal. I've never seen such a perfect specimen in this area. It had obviously been washing around in the river for quite a while. We speculated that maybe it was lost on a rafting trip or thrown in the river at some point in time. If it's a natural crystal from the area it's a very very rare find and either way it was a very special highlight to another great day on the Moke.
Posted by Burl Productions at 5:43 PM