Here's a few never seen before images taken by world renound photographer Corey Rich (coreyrich.com) on our first journey to Mongolia. As i have some time i will continue to upload some of the hundreds of images captured between the different groups on both trips to Mongolia. It's a very beautiful and stark landscape that loves to be photographed. 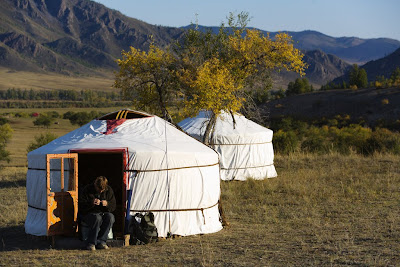 Chimbaat's Camp near the Eg River. Custom two man gears (yurts). They are tied together with woven horse hair ropes. 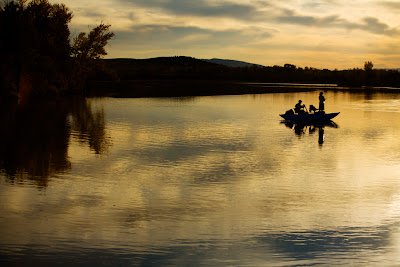 Evening float on the eg. 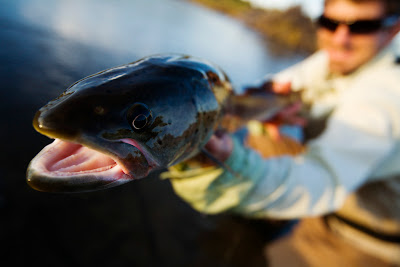 One of my first taimen. Notice the shoveled out head that allows them to hold to the bottom of the river with minimal effort. Upturned eyes allow them to see prey all the way through the water column. They are most actively hunting at night. During the day they just hug the bottom of the river and keep a close watch. If something looks good, they will chase it until it gets away or they kill it. Seldom does a taimen just come to inspect. More often that not, when they lock onto something, they commit. 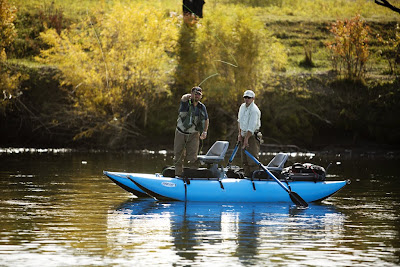 Hours and hours of casting with 10 wt's and heavy flies. 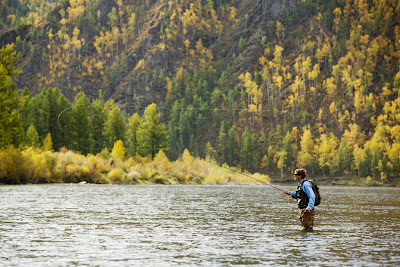 Wade fishing on the Eg. It's like a long day of steelheading. Cast, Cast, Cast, step down, Cast, Cast, Cast. Only we were using giant popper instead of traditional wet flies. When you get a hit you know it. Often you see them chasing it down before the commit to the bite. Sometimes they slap it with their tail first or roll onto it to drown it. Other times it just KA-Blush!!! 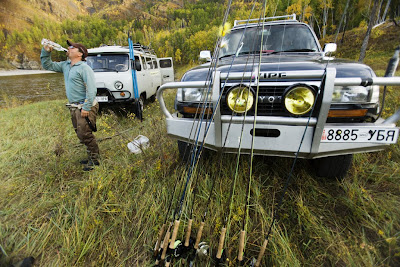 Peter dropping some Chingas Vodka after a long couple day float.
Posted by Burl Productions at 11:19 AM 2 comments:

In 2006 I joined Peter Mullett and Genevieve Villimizar of Mongofly travel for an overland exploratory journey through northern Mongolia.  On that trip, with the help of our Mongolian Guide Chinbat, we discovered a remote river deep in the heartland of the northern steps.   To the best of our  knowledge we became the first westerners to fish that spot.  It was one of the most beautiful rivers any of us had ever seen and a stronghold for the legendary Taimen.  After two of the most spectacular days of fishing any of us had ever enjoyed, we vowed to return.

Two years later we did just that.  It took Chinbat two years to secure all the nesesary permissions and permits to float the river.  In the mean time, Peter and I worked on getting a fleet of pontoon boats and an oar raft over there.  We assembled a team of American Anglers consisting of Brent Dawson of warpathflies.com, Jeff Currier of jeffcurrier.com his friend Paul Cavanugh, Peter, Gen and myself.  Chinbat assembled his own team of hearty Mongolians and off we went into the unknown.  We floated over 140 miles of pristine water in 16 days.  The landscape, local people, wildlife, fish and river were incredible.  Here's a short sample of some of the footage that will be in a DVD about fly fishing for Taimen in Mongolia due out this fall.