Here's a few snap shots from a trip last week up north. All photos curtsy of Isaac Roman. 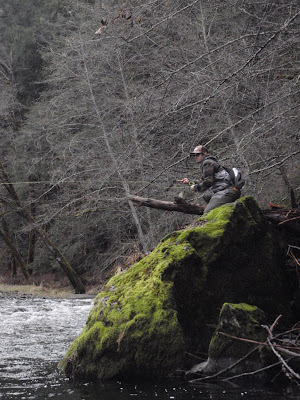 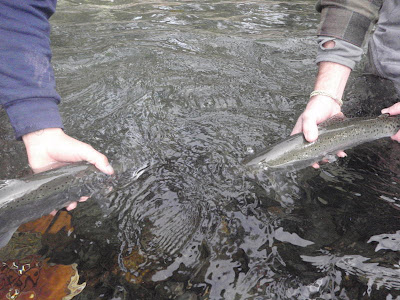 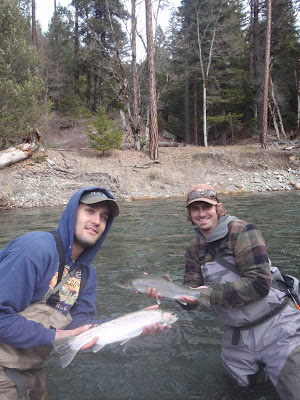 Chad and i with a double. 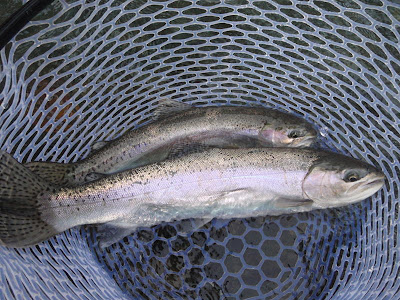 They look so cute in there together. The net is a lot less lonely place when you have a buddy. 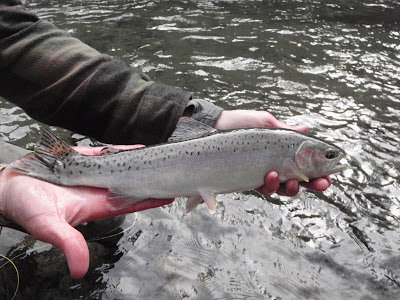 Got some nice little guys too which shows the runs are healthy still. Missed some bigger ones too. 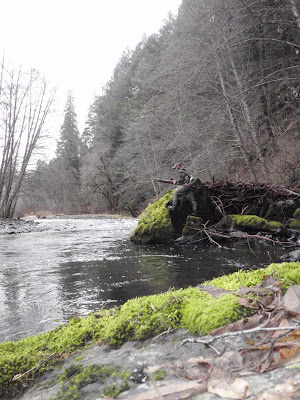 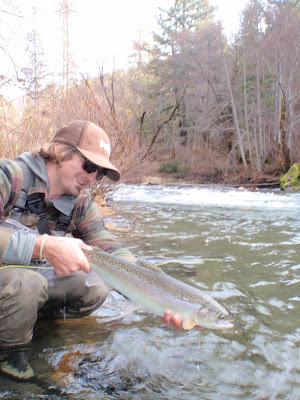 Saw a fish roll and got it indicator less nymphing. Was about to leave when another one rolled. I managed to get it too. Definitely a high light of the trip. The second was a way more chuncky fish. Lost it just at the net after a long hard battle on a five wt. So no photo there. 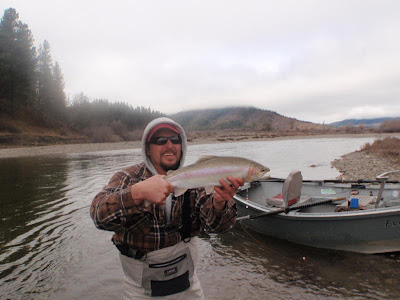 Floated some great swing water too. 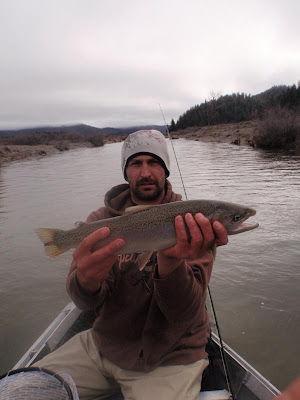 Jason's fish of the day. 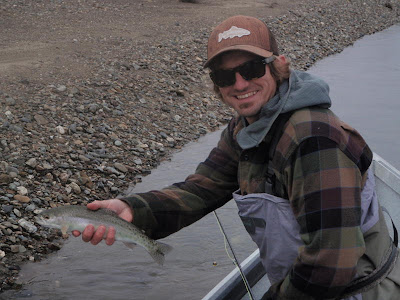 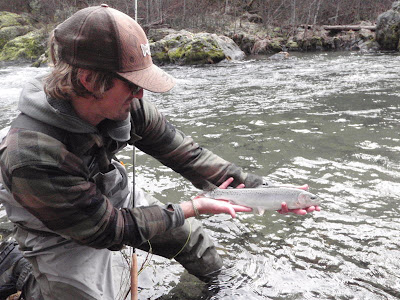 Huge thanks to Isaac Roman for the photos and showing me around. Isaac guides for Jack Trout international guide service and specializes on the Lowwer Sac, Upper Sac, McCloud and Klamath rivers as well as some other small streams and lakes around Northern California. If your in the area and looking for a fun guide drop him a line at isaacroman@sbcglobal.net.
Posted by Burl Productions at 11:16 AM 1 comment: