Here's a few photos from an East Carson River float earlier this summer. Floating the E. Carson is always one of my favorite couple days of the summer. This year i only got one float in, but we got it just right. It's a tough one because the water fluctuates so much on this river. It's either too high and the fishing is tough or it's too low and impossible to float. So you have a window of sometimes only a week where you can do both with success. It's a 22 mile float. You can do it in one day but i like to make two or sometimes three out of it and really fish it hard. If you get stuck in the canyon it's a long walk out so you need to have your act together. My outcast pack 1200 is the perfect boat for two people. 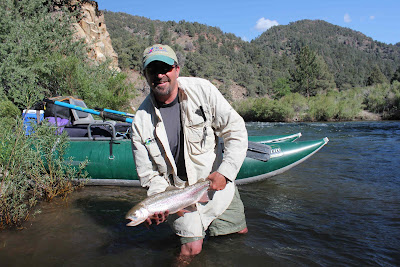 This year Dave Shankman joined me. Dave stuck some great fish. I was very impressed with his luck and skill. Here's a nice rainbow on a streamer. 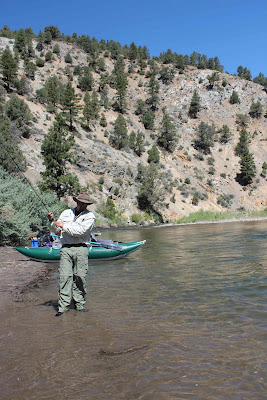 First fish of the morning on day two. It was a beauty. 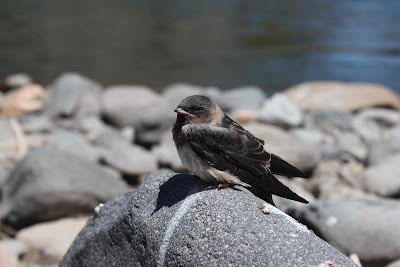 I rescued a baby swallow who fell in the river on his first attempt at flight. 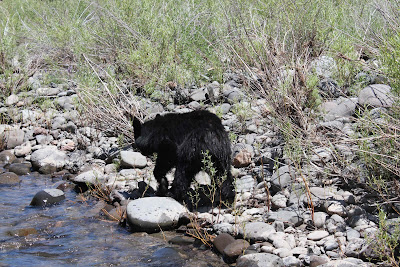 We rowed right up on this little black bear that was walking down the side of the river. The wind was blowing up canyon and he was near some rushing water. Dave and i got about 10 feet away from him before he finally turned around and saw us. Scared the beejesus out of him. We had a great wild life day. Saw two coyote, three deer, river otter, this bear, and even a Mt. Lion! 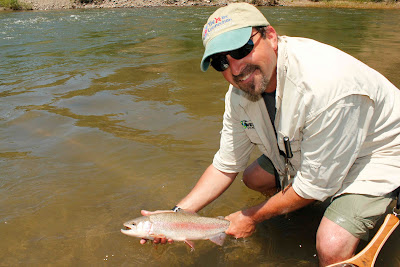 Dave with another nice rainbow on some nymphs. 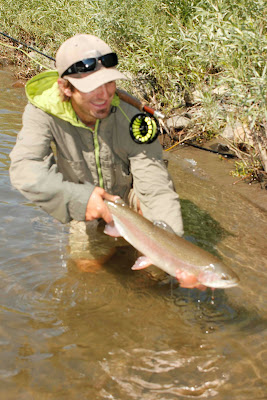 This was my best fish landed for the trip. Photo is a bit blurry but you get the point. 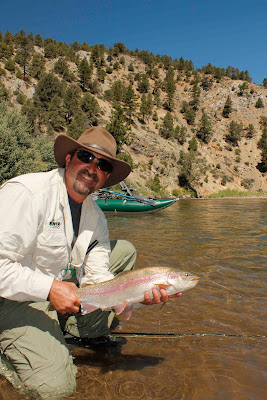 Very cool bud! Looks like you got the complete Sierra experience!